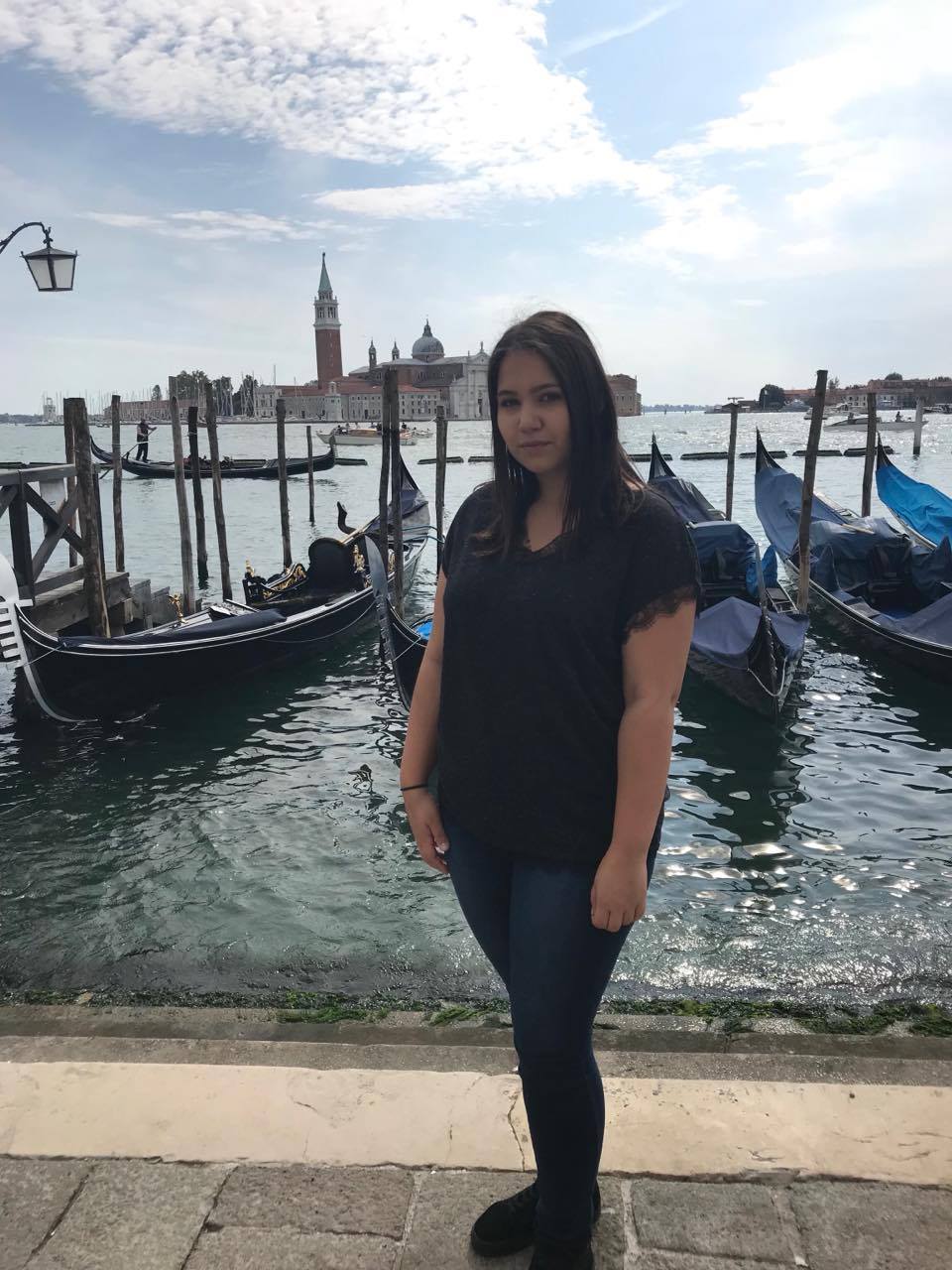 On 30 September we went on a trip to Venice. This time we went by train and the trip lasted about 2 hours. After leaving the station we saw a beautiful view. It was difficult to move, because the streets were small and there were many tourists .

Road to the Mark’s square in Venice it led through many streets and bridges. The square is probably the most beautiful place in all Venice!. The cathedral which is located in the square is very intresting.Mosaics on vaults create an amazing impression . Through the guide, we laerned about the history of Venice . We had a pleasure to vistit many monuments. The theater didin’t surprise me, because it is small and not interesting, but it has a beautiful story.There were many world musicians on the stage.

I liked the most the gondolas, It is amazing how they flow under bridges and between beautiful buildings.. . Surprised me that there are water trams or even taxis.

In Venice also is the Polish consulate, which surprised me very much

After two hours of exploring Venice, it was time to return to the Bologna.

To be honest, I was very sad, because this city is the most beautiful city in all of Italy I have ever seen.